AbYBiotech specialises in the development and production of custom-designed polyclonal, monoclonal and recombinant antibodies. Polyclonal antibodies are produced using a variety of different hosts including rabbits, chickens and mice.

A particular strength is the development of recombinant antibodies, so-called antibody fragments, which can be engineered to have higher affinity and higher specificity than their monoclonal or polyclonal counterparts. AbYBiotech has the option to use either phage display or its own proprietary technology in the development of recombinant antibodies.

AbYBiotech has successfully produced antibodies for the following target applications:

In our lab we use phage display in combination with immune cDNA libraries to successfully produce large and diverse panels of recombinant antibodies. The power of phage display lies in the precise control over selection conditions which can be tailored to retrieve antibody fragments that have high-affinity and specificity. In addition, the genetic coding material of the antibody fragment resides within the phage particle and therefore, during selection a direct link between the antibody’s genotype and phenotype is maintained. Thus, the genes encoding the antibody fragment can be readily retrieved from the phage DNA. We have successfully applied phage display to a wide variety of target molecules. In addition, through the use of antibody engineering techniques we have successfully generated antibodies with enhanced sensitivity and specificity.

As with traditional animal-generated antibodies, rAbs can be used in blotting techniques (Western, Northern, Southern, etc.), immunostaining, flow cytometry, and enzyme linked immunosorbent assays (ELISAs). rAbs are also used in the diagnosis of infectious diseases by detecting pathogens and can be used in protein arrays that analyze relative protein expression associated with disease or other biological change. Regulatory agencies have also realized the utility of rAbs in vaccine potency testing and in therapeutics. 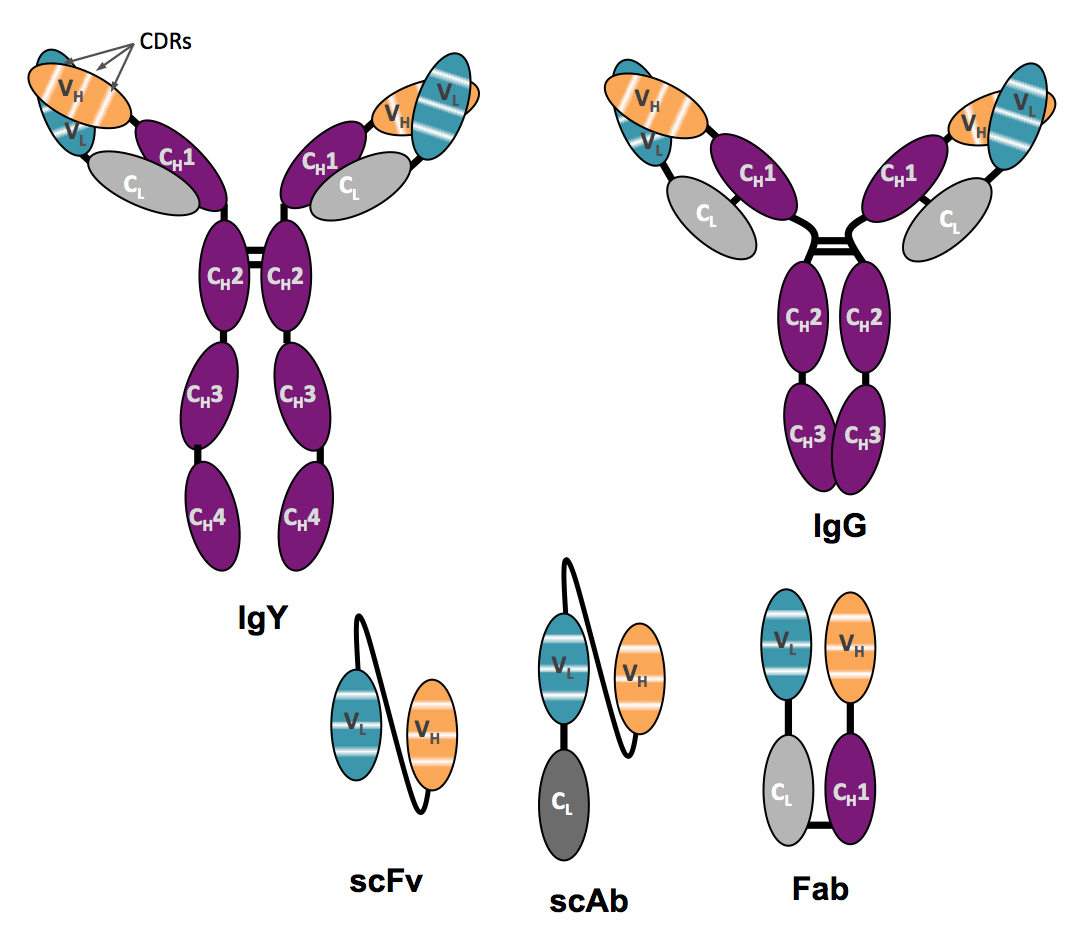 An antigen-specific antibody suitable for research purposes can be produced in as little as 8 weeks – significantly less time than the months required for hybridoma-based methods.

Batch-to-batch variation is avoided due to tightly controlled production processes which are suitable for large scale production.

rAbs can be engineered for recognition of a broad range of similar compounds or for highly specific unique antigens.

Antibodies to highly toxic or non-immunogenic antigens can be created using library methods.

Can be tagged with specific markers

In vitro selection for high affinity binding is high-throughput and robust, and can result in antibodies with affinities unobtainable in vivo

Can be engineered to facilitate specific immobilisation on customised surfaces e.g. for sensors; for isolation; for size, and for enhanced affinity.

A high degree of control is possible, making selection of rAbs that bind in a particular pH, salinity, or in other specific buffer conditions precise and practical.

Once a desirable antibody fragment is found it can be easily converted into any antibody isotype (e.g. IgA, IgM IgG etc.) from any species by adding the appropriate constant domain, making these methods highly adaptable and very practical.

Removal or minimisation of animal use

Eliminating the use of animals throughout the process through the use of prepared libraries also minimises/eliminates animal welfare concerns. Advances in molecular biology have led to the ability to synthesize antibodies de novo in vitro – completely without the use of animals.